A video of me sewing a pleated Chopper seat cover

Posted by Rich phillips cycles at 9:34 PM No comments: 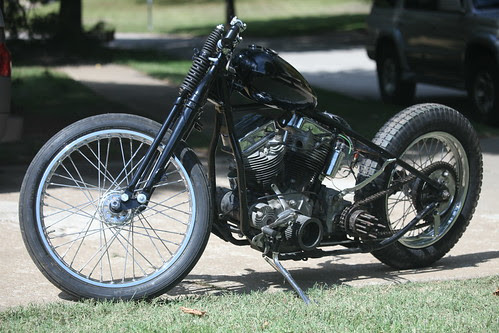 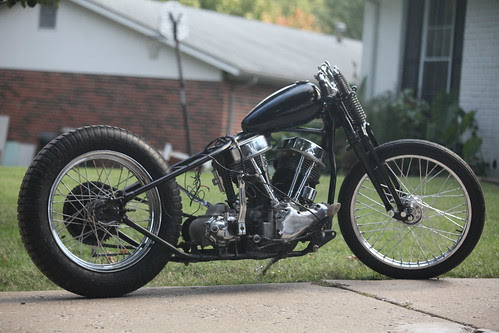 For years I have been trying to get a pan but never found one that was in quite the shape that I wanted or they wanted more than I was willing to spend. But then along came Luke Landers, a local guy here in the Gateway city. He asked me If I wanted to swap my twin cam for the beauty and at first I was hesitant because I owned the twin cam for so long it felt kind of like part of my famiy but after seeing this thing I decided it was time to let her go. After Luke and I came to an agreement we swapped em out. We have also become really good friends. So as it turns out I didn't only get a pan out of the deal. the frame is a stock wishbone and the forks are repop knuckle frontend. the motor has been freshly rebuilt and the rest of the bike is in a crate that will soon be put back together and on the road.

Made It back from the Brooklyn invitational


On sept. 17 2011 a group of guys From a Blog deemed the White Knights In the House of Kolor, from Brooklyn, New York put on a great motorcycle show called the Brooklyn invitational. My bike No. 9 was one of the 20 or so bikes that was invited to this extremely masterful production. Other big names such as Paul cox, Keino, Tom Fugle, Lock Baker, And many many more,were there to be a part of the show. While I was there I decided to take as much footage as I could to put this short video together. I don't think this show will ever be topped as far as the variety of the builders that they invite and the different minds and cultures that come together in one spot to share in a common interest of custom motorcycles. It is a great honor on my part to be amongst these people that have inspired me so much. This video is a sort of token of gratitude for the experience of getting to be a part of it. Thank you Wes, Jeffrey, John, and Keino for having me again
Posted by Rich phillips cycles at 8:07 AM 3 comments:

This Is a compilation of video taken during two trips to colorado this year. some was taken near and around Colorado Springs and some was taken on the Engineer pass and Imogene pass near Ouray Colorado. I was riding my Husqvarna te 630. My wife and mom and dad rode with me on four wheelers near Ouray. Cole Todorovich rode with me near Colorado springs
Posted by Rich phillips cycles at 10:47 PM No comments: 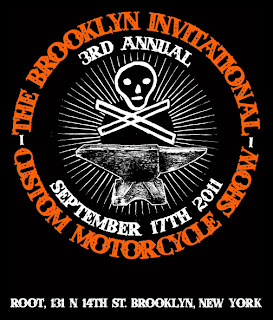 I am so very honored That Keino asked me to be apart of the Brooklyn invitational again. I put together this little video of the bike that will be there.
Posted by Rich phillips cycles at 11:47 PM 1 comment:

Welcome to the Rich Phillips blog.

Thank you for visiting my blog. The purpose of this is to share what we are up to and where we have been. Along with anything else that we feel is interesting.

Picture Of The Week